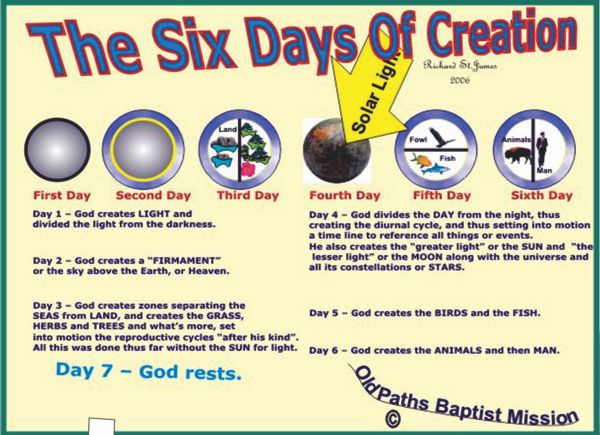 The time of the end is coming, but for the JUDGMENT prophesied in the book of Revelation.

[Revelation 20:11-15] “And I saw a great white throne, and him that sat on it, from whose face the earth and the heaven fled away; and there was found no place for them. And I saw the dead, small and great, stand before God; and the books were opened: and another book was opened, which is the book of life: and the dead were judged out of those things which were written in the books, according to their works. And the sea gave up the dead which were in it; and death and hell delivered up the dead which were in them: and they were judged every man according to their works. And death and hell were cast into the lake of fire. This is the second death. And whosoever was not found written in the book of life was cast into the lake of fire.”

• After the White Throne Judgment, we come to the end of time.

• After death and hell are cast into the lake of fire, we come to the end of time.

• After those whose names are not found written in the book of life are cast into this lake of fire, we come to the end of time.

• THEN THE END COMES!

The transition into eternity involves the burning of the present heavens and earth, and their replacement with new heavens and a new earth. We read this in the book of Second Peter:

“But the heavens and the earth, which are now, by the same word are kept in store, reserved unto fire against the day of judgment and perdition of ungodly men. But, beloved, be not ignorant of this one thing, that one day is with the Lord as a thousand years, and a thousand years as one day. The Lord is not slack concerning his promise, as some men count slackness; but is longsuffering to us-ward, not willing that any should perish but that all should come to repentance. But the day of the Lord will come as a thief in the night; in the which the heavens shall pass away with a great noise, and the elements shall melt with fervent heat, the earth also and the works that are therein shall be burned up. Seeing then that all these things shall be dissolved, what manner of persons ought ye to be in all holy conversation and godliness, Looking for and hasting unto the coming of the day of God, wherein the heavens being on fire shall be dissolved, and the elements shall melt with fervent heat? Nevertheless we, according to his promise, look for new heavens and a new earth, wherein dwelleth righteousness.” [2 Peter 3:7-13]

Do you doubt me?

Go ahead and doubt me, but do not doubt the BOOK!

“To me belongeth vengeance and recompence; their foot shall slide in due time: for the day of their calamity is at hand, and the things that shall come upon them make haste.” [Deuteronomy 32:35]

If you bend the knee now to Jesus [getting saved] then “in due time” you will be exalted. “Humble yourselves therefore under the mighty hand of God, that he may exalt you in due time:” [1 Peter 5:6]

Jesus Christ [THE WORD OF GOD] has told this END from the beginning in the word of God [THE BIBLE].

“I am Alpha and Omega, the beginning and the end, the first and the last.”

I will close this message here.

In this message I have shown several things:

2. This BIBLE is the most accurate history ever written, and supersedes all other accounts.

3. Charles Darwin’s theory of evolution is a theory and not a scientific fact. The BIBLE is 100% accurate in scientific matters.

4. The Genesis record is literal 100% accurate history, and shows that the present earth is less than 6,000 years old.

5. The timeline of history consists of seven thousand years.

7. Jesus Christ wants you to get saved.

[John 16:13-14]:
“Howbeit when he, the Spirit of truth, is come, he will guide you into all truth: for he shall not speak of himself; but whatsoever he shall hear, that shall he speak: and he will shew you things to come. He shall glorify me: for he shall receive of mine, and shall shew it unto you.”

Believing God’s word is to know “the things to come.” “And ye shall know the truth, and the truth shall make you free.” [John 8:32] Amen!