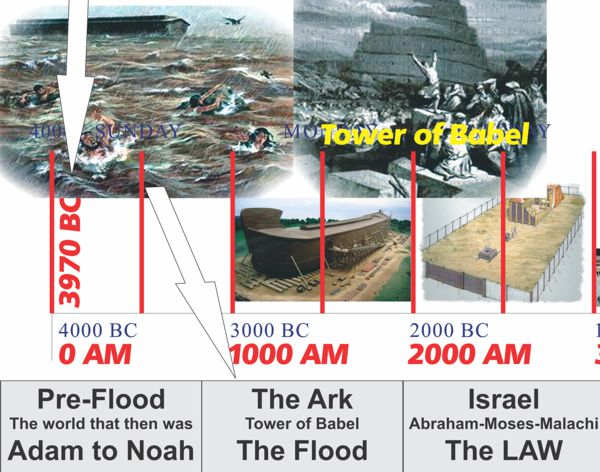 5. Timing is By the Number Seven

“For a just man falleth seven times, and riseth up again: but the wicked shall fall into mischief.” [Proverbs 24:16]

We see a divinely set pattern here, even supernatural, with the number seven. The “just man” has seven times more the perseverance of “the wicked” … a factor of seven to one advantage.

What happened to the massive walls of Jericho? They collapsed in the days of Joshua [as seen in the book of Joshua, chapter six]. See for yourself this pattern of sevens in what follows: seven priests, seven trumpets, seven days, and seven times around the city on the seventh day. “And seven priests shall bear before the ark seven trumpets of rams' horns: and the seventh day ye shall compass the city seven times, and the priests shall blow with the trumpets.” [Joshua 6:4]

To contrast what happened to Jericho, we see what was required by the Spirit of God [through his prophet Elisha] in order for a Gentile to be healed of his leprosy. It required no less than for Naaman to wash himself seven times in the river Jordan, which thing so angered him.

[Any proud Gentile would have a problem thinking that any Jewish river could be the solution to his problem.]

We have this recorded for us in the book of Second Kings, chapter five, verses ten through fourteen: “And Elisha sent a messenger unto him, saying, Go and wash in Jordan seven times, and thy flesh shall come again to thee, and thou shalt be clean. But Naaman was wroth, and went away, and said, Behold, I thought, He will surely come out to me, and stand, and call on the name of the Lord his God, and strike his hand over the place, and recover the leper. Are not Abana and Pharpar, rivers of Damascus, better than all the waters of Israel? may I not wash in them, and be clean? So he turned and went away in a rage. And his servants came near, and spake unto him, and said, My father, if the prophet had bid thee do some great thing, wouldest thou not have done it? how much rather then, when he saith to thee, Wash, and be clean? Then went he down, and dipped himself seven times in Jordan, according to the saying of the man of God: and his flesh came again like unto the flesh of a little child, and he was clean.” [2 Kings 5:10-14]

This pattern of sevens forms the very route to bringing honor, glory, and praise to God from the lips of an unbelieving Gentile.

Notice this with me: “And he [Naaman] returned to the man of God, he and all his company, and came, and stood before him: and he said, Behold, now I know that there is no God in all the earth, but in Israel: now therefore, I pray thee, take a blessing of thy servant.” [2 Kings 5:15]

Now, seven is a very important number to God, and, therefore, to man. You and I would be very foolish to ignore the importance of the number seven to God.

In the book of Daniel, chapter nine, verses twenty-four and twenty-five, we see that the number seven is used in prophecy to count the weeks of years left until the beginning of the Kingdom of Heaven … the millennial reign of “Messiah the Prince.”

Seven weeks + sixty-two weeks + one week = 490 years, not counting the intervening Church Age. “Know therefore and understand, that from the going forth of the commandment to restore and to build Jerusalem unto the Messiah the Prince shall be seven weeks, and threescore and two weeks: the street shall be built again, and the wall, even in troublous times.ee, take a blessing of thy servant.” [Daniel 9:25]

Moving forward to the New Testament, we see that the number seven keeps popping up! In the book of Matthew, we see that the number seven is embedded in the number of times a believer [a Christian] is to forgive his brother who has sinned against him, which is seven times seventy [seventy is seven tens], for 490 times. “Jesus saith unto him, I say not unto thee, Until seven times: but, Until seventy times seven.” [Matthew 18:22]

Do you have ought against your brother?

“And when ye stand praying, forgive, if ye have ought against any: that your Father also which is in heaven may forgive you your trespasses.” [Mark 11:25]

The word of God was “purified” seven times, and preserved “from this generation” forever.

Here are the seven purifications [or translations] in the English to the English-speaking nations on this Earth:

“The words of the Lord are pure words: as silver tried in a furnace of earth, purified seven times. Thou shalt keep them, O Lord, thou shalt preserve them from this generation for ever.” [Psalm 12:6-7]

Doubt me? Well, read it for yourself in the book of Leviticus, chapter twenty-five, starting with verse four: “But in the seventh year shall be a sabbath of rest unto the land, a sabbath for the Lord: thou shalt neither sow thy field, nor prune thy vineyard.” [Leviticus 25:4] Verse eight: “And thou shalt number seven sabbaths of years unto thee, seven times seven years; and the space of the seven sabbaths of years shall be unto thee forty and nine years.” [Leviticus 25:8]

Now skip down to Leviticus, chapter twenty-six, verse eighteen, and read this: “And if ye will not yet for all this hearken unto me, then I will punish you seven times more for your sins. And I will break the pride of your power; and I will make your heaven as iron, and your earth as brass: And your strength shall be spent in vain: for your land shall not yield her increase, neither shall the trees of the land yield their fruits. And if ye walk contrary unto me, and will not hearken unto me; I will bring seven times more plagues upon you according to your sins. I will also send wild beasts among you, which shall rob you of your children, and destroy your cattle, and make you few in number; and your high ways shall be desolate. And if ye will not be reformed by me by these things, but will walk contrary unto me; Then will I also walk contrary unto you, and will punish you yet seven times for your sins. And I will bring a sword upon you, that shall avenge the quarrel of my covenant: and when ye are gathered together within your cities, I will send the pestilence among you; and ye shall be delivered into the hand of the enemy. And when I have broken the staff of your bread, ten women shall bake your bread in one oven, and they shall deliver you your bread again by weight: and ye shall eat, and not be satisfied. And if ye will not for all this hearken unto me, but walk contrary unto me; Then I will walk contrary unto you also in fury; and I, even I, will chastise you seven times for your sins.” [Leviticus 26:18-28]

This teaches us [mankind] that the JUDGEMENT of God will come in three groups of sevens.

The judgment of the seven-sealed BOOK … in the book of Revelation: “And I saw in the right hand of him that sat on the throne a book written within and on the backside, sealed with seven seals.” [Revelation 5:1]

Further, in the New Testament, we find that justification of the believer is through faith in Jesus Christ [which is salvation by grace, not by works]. “Therefore being justified by faith, we have peace with God through our Lord Jesus Christ:” [Romans 5:1].

To this, after we are saved, we are to “add” to our faith in Jesus Christ seven things. In Second Peter, chapter one, verse five through seven, the Holy Spirit reveals seven things "that pertain unto life and godliness" that every Christian needs to “add” to their faith.

Now is that not something? We are told by the apostle through the Spirit of God to add seven things to our faith!

Are you doing this?

In the Book of Revelation, there are seven churches, seven bowls, seven vials, seven trumpets, seven candlesticks, and seven spirits. God has divided time into seven dispensations in the Bible. Seven is the number of completion in the Bible.

Next  6. A Bible Believer’s Chronology