HE UNKNOWN GOD [The Mystery of God]

The God of the Bible is an UNKNOWN GOD today in the 21st century United States of America. 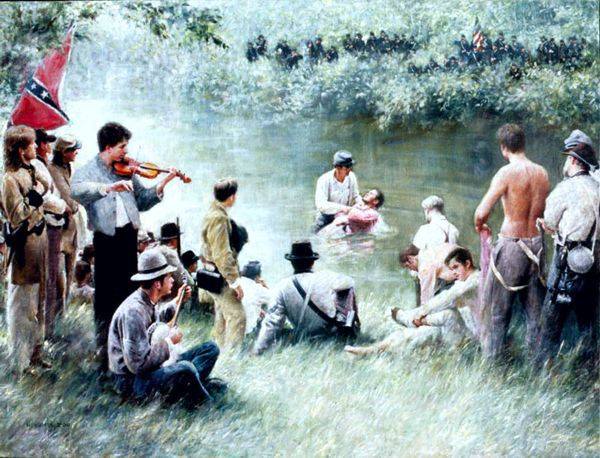 THE UNKNOWN GOD [The Mystery of God]

Acts 17:23
“For as I passed by, and beheld your devotions, I found an altar with this inscription, TO THE UNKNOWN GOD. Whom therefore ye ignorantly worship, him declare I unto you.”

The UNKNOWN GOD was known once upon a time by our forefathers.

See the proof for this: “The war with Britain had cut off the supply of Bibles, and, on September 11, 1777, the Continental Congress reviewed a committee report, informing them that a locally produced Bible may not be a viable option, due to the risk and cost of procuring the materials necessary.

The committee noted, ‘...the use of the Bible is so universal, and its importance so great, that the committee refer the above to the consideration of Congress, and if Congress shall not think it expedient to order the importation of types and paper, your committee recommend that Congress will order the Committee of Commerce to import 20,000 Bibles from Holland, Scotland, or elsewhere, into the different ports of the states in the Union.’

Congress favored the idea of importing 20,000 Bibles, in order to address the short supply. Library of Congress [2]” Wikipedia

These historic proceedings show the importance of the BIBLE [AND THE GOD OF THE BIBLE] to our government in 1777.

The God of the Bible is an UNKNOWN GOD today in the 21st century United States of America.
We [as the children of Israel were in Ezekiel’s day – Ezekiel 2:4] “are impudent children and stiffhearted” toward God.

This condition of stiff heartedness has proved fatal to the United States of America.

In this message I will declare this UNKNOWN GOD to you.

During the Civil War [1861-65] the Confederate army experienced a spiritual revival which resulted in men getting saved by the droves. “For whosoever shall call upon the name of the Lord shall be saved.” [Romans 10:13]

They were getting saved because God’s preachers were preaching the Gospel of Jesus Christ. Yea, they were constrained to preach because of the influence of men like Thomas “Stonewall” Jackson. In the book called The Life and Campaigns of Lieutenant General Thomas J. Stonewall Jackson by Robert Lewis Dabney, we have this account:

“One of the measures adopted was the preaching of the gospel at the head-quarters of General Jackson, and under his immediate countenance, every Sabbath, while the troops were in their camps.

For this end, a place in the open field was prepared, near Hamilton's crossing, (to which General Jackson removed his quarters soon after,) with rude seats and a temporary pulpit, where public worship was held in the open air.

The example of so famous a warrior, always potent among soldiers when sustained by official rank, the curiosity to see him and the galaxy of celebrities who came to worship with him, the eloquence of the preachers, and the purer motives which the great religious awakening now began to propagate far and wide, soon drew a vast congregation to this spot on the Sabbath days.

From hundreds it grew to thousands, until the assemblage surrounded the preacher in a compact mass, as far as his voice could be distinctly heard. Here, on a bright Sabbath in the spring, might be seen the stately head of the Commander-in-Chief, with a crowd of Generals, whose names had been borne by fame across the ocean, and of legislators and statesmen, bowed along with the multitude of private soldiers, in divine worship; while the solemn and tender wave of sacred emotion subdued the great and the unknown alike before it.

At these scenes, which were so directly produced by his instrumentality, General Jackson was the most unobtrusive assistant. Seated in some retired spot amidst the private soldiers, he listened to the worship and the preaching with an edifying attention, and watched the power of the truth upon the great congregation, with a glow of elevated and tender delight. Never, since the days when Whitefield preached to the mingled crowd of peers and beggars in Moorfield’s, has the sky looked down upon a more imposing worship.”

Battle scenes depicted by paintings during the war testify of Southern soldiers being baptized in a river after receiving Jesus Christ as their Savior while the northern soldiers looked on at first in curiosity, then with admiration.

Just prior to the war the northern states were entertaining a movement in their churches and schools that rejected the Bible-believing roots of their past.

We will thus begin with the Gospel according to John, chapter one, verse one:

The sane and logical conclusion is that Jesus Christ ... is GOD!!!

Jesus Christ … is GOD “manifest” in the flesh!

Jesus Christ has been revealed [REVELATION] to be God.

Now see for this: “And without controversy great is the mystery of godliness: God was manifest in the flesh, justified in the Spirit, seen of angels, preached unto the Gentiles, believed on in the world, received up into glory.” [1 Timothy 3:16]

Now, this involves the most supersalient doctrine found in the whole universe. The word supersalient is defined in the Webster's 1828 dictionary:

God was manifest in the flesh. God incarnate is Jesus Christ.
The word incarnation is defined in the Webster's 1828 dictionary as:

“INCARNA'TION, n. The act of clothing with flesh.”

God came in the flesh!

Now, for two more words to be defined:

Unitarianism is defined in the Webster's 1828 dictionary as:

“UNITA'RIAN, n. [L. unitus, unus.] One who denies the doctrine of the trinity, and ascribes divinity to God the Father only. The Arian and Socinian are both comprehended in the term Unitarian.”

The Jehovah’s Witnesses are the modern day Arians who deny Jesus Christ’s deity. They deny that Jesus Christ is JEHOVAH!

The Arian heresy claims that Jesus Christ is merely a created god.

Arian is defined in the Webster's 1828 dictionary as:

“A'RIAN, Pertaining to Arius, a presbyter of the church of Alexandria, in the fourth century; or to his doctrines. A'RIAN, n. One who adheres to the doctrines of Arius, who held Christ to be a created being, inferior to God the father in nature and dignity, though the first and noblest of all created beings; and also that the Holy Spirit is not God, but created by the power of the Son.”

The Watch Tower Society has gotten it all wrong with their perverted New World Translation, which is based on the corrupt Alexandrian Text of Westcott and Hort, and which is the same text underlying the text of all the modern translations including the NASB and the NIV.

The answer of SCRIPTURE to all of this is found in the epistle to the Colossians, chapter one, verses fifteen through seventeen: “Who is the image of the invisible God, the firstborn of every creature: For by him were all things created, that are in heaven, and that are in earth, visible and invisible, whether they be thrones, or dominions, or principalities, or powers: all things were created by him, and for him: And he is before all things, and by him all things consist.”

Jesus Christ, the SON of GOD, is the very image of GOD the FATHER. It is for this reason that the Arians hate THE BOOK—the Authorized Version of 1611 A.D., called the King James Bible.

Further than that, they hate the SCRIPTURE in First John chapter five, verse seven: “For there are three that bear record in heaven, the Father, the Word, and the Holy Ghost: and these three are one.”

Next  1. A Good Confession