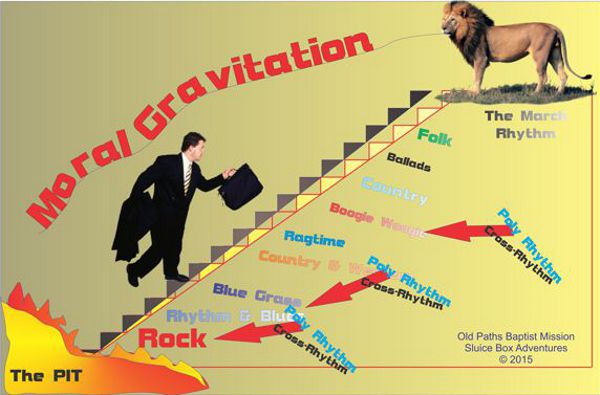 4. The Entrance of Satan

“Thou hast been in Eden the garden of God; every precious stone was thy covering, the sardius, topaz, and the diamond, the Beryl, the onyx, and the jasper, the sapphire, the emerald, and the carbuncle, and gold: the workmanship of thy tabrets and of thy pipes was prepared in thee in the day that thou wast created.  Thou art the anointed cherub that covereth; and I have set thee so: thou wast upon the holy mountain of God; thou hast walked up and down in the midst of the stones of fire.  Thou wast perfect in thy ways from the day that thou wast created, till iniquity was found in thee.” [Ezekiel 28:13-15]

Do you see what I see?  I see someone who was mesmerizingly beautiful to look upon.  Just look at this person!  This person, or creature, was covered with all manner of precious glittering jewels.   Who is he?  He is “the anointed cherub that covereth”.

Now, this “anointed cherub that covereth” was originally of the four-winged cherubims [“the living creature”] like as seen in the book of Ezekiel, chapter ten: “Every one had four faces apiece, and every one four wings; and the likeness of the hands of a man was under their wings.” [Ezekiel 10:21]

This person’s name was Lucifer [Isaiah 14:12], whose name is now Satan. [1 Chronicles 21:1]  Lucifer was perfect until he rebelled against God, “till iniquity was found in thee.”

Now notice that this covering cherub had imbedded within him musical instruments from the wind family, the string family, and the percussion family - the tabret, and the pipe, the viol.  Lucifer had it all as they would say, until he lost his covering position over the throne of God.  [See Isaiah 14:11.] “Thy pomp is brought down to the grave, and the noise of thy viols: the worm is spread under thee, and the worms cover thee.”

One might say that his music went downhill after his fall!

Here are some observations to be made:

· Lucifer was a highly musical creature, with three of the fourteen musical instruments found in the Bible … imbedded within him [the tabret, the pipe, and the viol].

Now, here are the fourteen instruments of music we find identified in the King James Bible of 1611:

3. The Sackbut - [Daniel 3:5] … a wind instrument … in the nature of a trumpet with shortening or lengthening ability.

4. The Psaltery - [Daniel 3:5] … a string instrument … with two bridges and thirteen wires.

I will repeat here the theme of my earlier message.

When sin came into this world [in the day Adam sinned], man’s hearing became de-tuned or deaf to the voice of God … and to the music of God.

Therefore, the men of this world know not GOD, nor the music of God, because they hear not God’s voice.   Men cannot hear God’s voice because God is a Spirit [John 4:24], and men are born dead to spiritual things.

Now, if men hear not God’s voice directly, how can they then know God’s word, and know God’s music?

The answer is this.  They can know it … indirectly through the voice of the words of the preacher, the seer, or the prophet.

Furthermore, they have the written word of God—THE BIBLE.

Therefore, men do have the word of God, and it simply becomes a matter of the human heart ... to search out the truth!  It is a choice!   If men would only be willing to hearken and to obey the word of God, then they would be re-tuned internally [inside their hearts] to hear “the voice of the Lord God” … along with music that is of God.

Conclusion: Men need to be “born again” or re-tuned to recognize the music of God.

Premise: The music of a lost and dying sin-filled world gives “an uncertain sound”.  It is unnatural and only produces disorder, decay, and … eventually … death.

The end result of the moral gravitation in the music of the world is to make the people of this world very sick with their music.  Their happiness will be gone as foretold: “The mirth of tabrets ceaseth, the noise of them that rejoice endeth, the joy of the harp ceaseth.” [Isaiah 24:8]

6. The Voices of Signification

1 Corinthians 14:7-10: “And even things without life giving sound, whether pipe or harp, except they give a distinction in the sounds, how shall it be known what is piped or harped?  For if the trumpet give an uncertain sound, who shall prepare himself to the battle?  So likewise ye, except ye utter by the tongue words easy to be understood, how shall it be known what is spoken? for ye shall speak into the air.  There are, it may be, so many kinds of voices in the world, and none of them is without signification.”

What is more, every musical instrument was originally tuned to the voice of God.   God’s voice is the gold reference standard.

Something else: “the voice” of God, which gave life, is accompanied by these musical instruments.

From the beginning of creation [nearly six thousand years ago] [before sin came into the world] man was originally tuned to hear the voice of God accompanied by these musical instruments, the “things without life giving sound”.

We see here, in the book of Joshua, that the God of WAR had given the clear orders [marching orders] to the people of God in that day.

Now, we can hear, through the ears of faith, the rhythmic beat of the precise steps of the men marching around the wall of the city … ONCE each day.   This is event is REPEATED for a total of six days, and then seven times on the seventh day.

[On this note: the March tempo of 120 beats [or steps] per minute was adapted by Napoleon so that he could move his army faster than of the enemy.  This is why the French march tempo is faster than the traditional tempo of the British marches; the British call marches in the French tempo quick marches.]

By the way, the sound of WAR has signification to the true Christian who is involved in spiritual warfare.  We can see this by faith … by believing the words of God.

In verse eleven, we learn that he is to, “put on the armour of God” in order to fight the Devil and his cohorts.

In verse fourteen, we learn that he is to, stand having his “loins girt about with truth” and to have “on the breastplate of righteousness”.

In verse fifteen, we learn that he is to, have his “feet shod with the preparation of the gospel of peace”.

In verse sixteen, we learn that he is to, take “the shield of faith” to defend against the “fiery darts of the wicked”.

In verse seventeen, we learn that he is to, “take the helmet of salvation, and the sword of the Spirit, which is the word of God” as his implements of warfare.