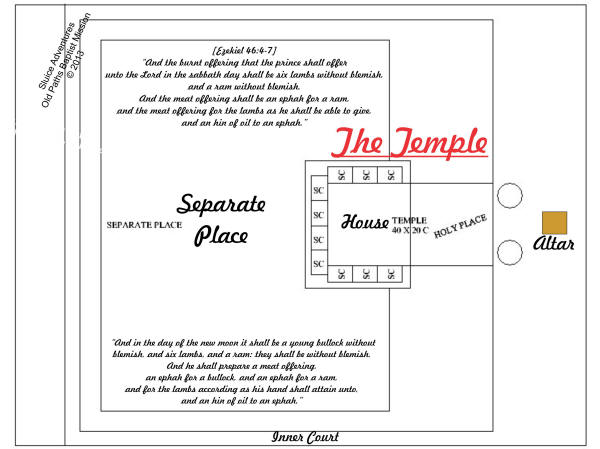 9. Under The Head Nation

“And I will pour upon the house of David, and upon the inhabitants of Jerusalem, the spirit of grace and of supplications: and they shall look upon me whom they have pierced, and they shall mourn for him, as one mourneth for his only son, and shall be in bitterness for his firstborn.”

“The Lord also shall roar out of Zion, and utter his voice from Jerusalem; and the heavens and the earth shall shake: but the Lord will be the hope of his people, and the strength of the children of Israel.”

There is a King, and a Kingdom … coming to this earth soon, which will have dominion over all the nations of the world.   This Kingdom shall be given to a particular people … a peculiar people … “to the people of the saints of the most High”:

“And the kingdom and dominion, and the greatness of the kingdom under the whole heaven, shall be given to the people of the saints of the most High, whose kingdom is an everlasting kingdom, and all dominions shall serve and obey him.”   [Daniel 7:27]

There is something else we need to see here.

Now, ever since that time, Satan, once “the anointed cherub”, has only spewed vociferous hatred towards God, and the things of God.   Furthermore, Satan [the Devil] has utilized every possible opportunity … with a continuous ever-increasing anger … to destroy the Jews, and all the people of God.

The epic scene for this stupendous warfare [in spiritual wickedness] is seen in the book of Revelation chapter twelve.    We read in verse four: “And his tail drew the third part of the stars of heaven, and did cast them to the earth: and the dragon stood before the woman which was ready to be delivered, for to devour her child as soon as it was born.” [Revelation 12:4]

This has been this way ever since the day God gave to Abraham and to his seed the most strategically important piece of land in the whole world.   Now here is the LAND GRANT given by promise [a “covenant”]: “In the same day the Lord made a covenant with Abram, saying, Unto thy seed have I given this land, from the river of Egypt unto the great river, the river Euphrates:” [Genesis 15:18].

Now, God had it prophesied by the prophet Moses, that someday Israel will be “the head” nation over all other nations on this earth “and not the tail” [Note: they are “the tail” in the world’s eyes to this very day].  They will become “the head” nation … according to the book of Deuteronomy chapter twenty-eight, verse thirteen:  “And the Lord shall make thee the head, and not the tail; and thou shalt be above only, and thou shalt not be beneath; if that thou hearken unto the commandments of the Lord thy God, which I command thee this day, to observe and to do them:” [Deuteronomy 28:13].

10. And The Throne of David

“And in the days of these kings shall the God of heaven set up a kingdom, which shall never be destroyed: and the kingdom shall not be left to other people, but it shall break in pieces and consume all these kingdoms, and it shall stand for ever.”

The Kingdom of Heaven is coming to this earth.   The disciples of Jesus Christ were taught to pray: “Thy kingdom come.  Thy will be done in earth, as it is in heaven.” [Matthew 6:10]

It is shown repeatedly in the word of God, the Bible, that the dominant theme of the Bible is that of a King, and of a Kingdom.   This Kingdom comes in “the restitution of all things” in the seventh millennia of time, and will establish “the throne” with “the key of the house of David” within “the tabernacle of David”.    More than this, this “throne” will be established “in mercy” and “in truth”, and the government will be on the “shoulders” of “a righteous Branch”, WHO is called: “THE LORD OUR RIGHTEOUSNESS”.

Isaiah 16:5:  “And in mercy shall the throne be established: and he shall sit upon it in truth in the tabernacle of David, judging, and seeking judgment, and hasting righteousness.”

“Behold, the days come, saith the Lord, that I will raise unto David a righteous Branch, and a King shall reign and prosper, and shall execute judgment and justice in the earth.  In his days Judah shall be saved, and Israel shall dwell safely: and this is his name whereby he shall be called, THE LORD OUR RIGHTEOUSNESS.  But, The Lord liveth, which brought up and which led the seed of the house of Israel out of the north country, and from all countries whither I had driven them; and they shall dwell in their own land.  But they shall serve the Lord their God, and David their king, whom I will raise up unto them.”

“In those days, and at that time, will I cause the Branch of righteousness to grow up unto David; and he shall execute judgment and righteousness in the land.  In those days shall Judah be saved, and Jerusalem shall dwell safely: and this is the name wherewith she shall be called, The Lord our righteousness.  For thus saith the Lord; David shall never want a man to sit upon the throne of the house of Israel;”

David will shepherd the nation of Israel both as a prince, and as a king [a regent], under Jesus Christ, as Joseph was under Pharaoh in Genesis 41:43.

This will occur in “the regeneration” which is foretold in the book of Matthew:  “And Jesus said unto them, Verily I say unto you, That ye which have followed me, in the regeneration when the Son of man shall sit in the throne of his glory, ye also shall sit upon twelve thrones, judging the twelve tribes of Israel.” [Matthew 19:28]

David will be raised up from the dead [along with the disciples] “in the regeneration”!  [Do you doubt this?]

[The “resurrection” of the dead to life is done by “the power of God”.  Now, what did Jesus say to Martha in the gospel according to Matthew? “Jesus said unto her, I am the resurrection, and the life: he that believeth in me, though he were dead, yet shall he live:” (John 11:25)]   Also, located in the gospel according to Matthew is this rebuke to the Sadducees “Jesus answered and said unto them, Ye do err, not knowing the scriptures, nor the power of God.” [Matthew 22:29]

We see this truth of David being “set up” [to be the shepherd … to be the prince … to be the king] by THE KING [Jesus Christ] in the book of Ezekiel chapter thirty-four, verses twenty-three through twenty-four:  “And I will set up one shepherd over them, and he shall feed them, even my servant David; he shall feed them, and he shall be their shepherd.  And I the Lord will be their God, and my servant David a prince among them; I the Lord have spoken it.” [Ezekiel 34:23-24], and in chapter thirty-seven, verses twenty-four through twenty-five: “And David my servant shall be king over them; and they all shall have one shepherd: they shall also walk in my judgments, and observe my statutes, and do them.  And they shall dwell in the land that I have given unto Jacob my servant, wherein your fathers have dwelt; and they shall dwell therein, even they, and their children, and their children's children for ever: and my servant David shall be their prince for ever.” [Ezekiel 37:24-25]

This is confirmed again [Scripture with Scripture] in the book of Hosea: “Afterward shall the children of Israel return, and seek the Lord their God, and David their king; and shall fear the Lord and his goodness in the latter days.” [Hosea 3:5]

Next: The Nations Will Worship On The Mountain Top