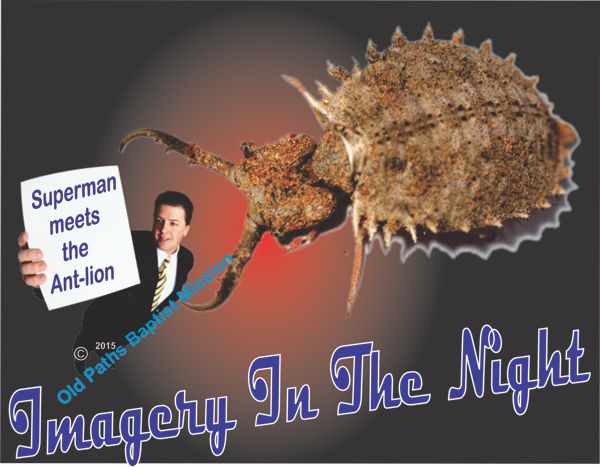 “If we pass beyond these matters to a view of American life, as expressed by its laws, its business, its customs, and its society, we find everywhere a clear recognition of the same truth. Among other matters note the following: The form of oath universally prevailing, concluding with an appeal to the Almighty; the custom of opening sessions of all deliberative bodies and most conventions with prayer; the prefatory words of all wills, "In the name of God, amen;" the laws respecting the observance of the Sabbath, with the general cessation of all secular business, and the closing of courts, legislatures, and other similar public assemblies on that day; the churches and church organizations which abound in every city, town, and hamlet; the multitude of charitable organizations existing everywhere under Christian auspices; the gigantic missionary associations, with general support, and aiming to establish Christian missions in every quarter of the globe. These and many other matters which might be noticed, add a volume of unofficial declarations to the mass of organic utterances that this is a Christian nation. In the face of all these, shall it be believed that a congress of the United States intended to make it a misdemeanor for a church of this country to contract for the services of a Christian minister residing in another nation?”  See full text of Supreme Court Opinion

There are times down through the six thousand years of human history that we can definitely see supernatural events occurring, which events run counter current to the natural events that we all see.

Next, the supernatural events of the last two thousand years [events since the Son of God, Jesus Christ, went back to Heaven to sit at the right hand of the Father, events not recorded in the Bible] … have occurred nonetheless. These events are specifically those which involve the PERSON [and work] of the Holy Spirit manifested in the hearts of men.

Down through the centuries of time men have been saved through supernatural interruptions, called revivals. Each interruption [or revival] moved [or translated] a massive number of the souls of men [dead in their sins] from the power of darkness [Satan] into the Kingdom of God. See for this, in the book of Colossians, chapter one, verse thirteen: “Who hath delivered us from the power of darkness, and hath translated us into the kingdom of his dear Son:” [Colossians 1:13]. Thus, deliverance + translation equals salvation!

In the United States of America, we saw supernatural events occurring [in what is now known as the Great Awakening] from the years 1730 to 1760. For this, God used George Whitfield, Jonathan Edwards, John Wesley, and William and Gilbert Tennant, along with others.

Also, in the 18th century, God interrupted the natural order of events with the second birth [John 3:3] of Shubal Stearns [in Stonington, Connecticut, 1751], and in the process of time [1755] moved him so as to position him at Sandy Creek, North Carolina.

What began supernaturally by the Spirit of God in Sandy Creek resulted in moving those believers in Jesus Christ in radiantly successive waves to all the American Southeast to establish Bible-believing churches in what would become the present-day states of Tennessee, South Carolina, Georgia, Alabama, Mississippi, Kentucky, Arkansas, and Missouri.

The last supernatural intervention by the Spirit of God on a national scale in the United States of America is seen by taking a historical picture [an image] of the years just prior to 1900 A.D. Are you ready?

In a snapshot of time, from a past not too distant, we can see “pourtrayed” on a wall, through the twenty-twenty-eyes of history, this image of the United States of America in the latter part of the 19th century. America [seemingly on a rise to becoming the greatest nation of the earth] is seen tottering upon a great continental divide, while musing in a valley of decision.

The first event came in 1888, when George Eastman invented a dry, transparent, and flexible photographic process called rolled photography film, and mass produced the brownie camera, thus enabling every American an affordable image-taking experience in the very same manner [called mass production] that Henry Ford was soon to achieve by literally putting America on wheels.
Now don’t forget, it was Kodak that dominated the American photography [imagery] industry, and indeed that of the whole world.

The second event was in the year 1892, when David Josiah Brewer stated in his concluding opinion as a Supreme Court judge these words:

“These and many other matters which might be noticed, add a volume of unofficial declarations to the mass of organic utterances that this is a Christian nation.”

The third event was in the year 1887, when a young man from Ames, Iowa, believed on the Lord Jesus Christ and began preaching all across America. His name was Billy Sunday.

Now we need to preface this run of Billy Sunday with this:

GOD sent his prophets to Israel.

GOD sent his preachers to America!

America was increasingly rejecting them. With that rejection, the Bible colleges and seminaries began turning out a different breed of preachers. Modernism, materialism and unbelief had crept in. America was turning away from the God of the Bible. History had repeated itself.

God's old-time preachers who stood true suffered derision and ridicule, and were often threatened with their very lives.

Billy Sunday preached for over forty years the Gospel of Jesus Christ, and was the last man that God would give to preach nationally the last time to America.

Now, Billy was saved by the blood of the LAMB of GOD [Jesus Christ] at the Pacific Garden Mission in Chicago, Illinois, while he was playing professional baseball. God deliberately hand-picked this rough-cut jewel to be the man to do the job GOD had in mind in order to bring America back to the semblance of being the Christian nation it professed to be in 1892. [David Josiah Brewer -

“These and many other matters which might be noticed, add a volume of unofficial declarations to the mass of organic utterances that this is a Christian nation.”]

Billy was no slick educated man, but rather a man who was a product of a godly mother, with humble beginnings in the midst of the rich Iowan cornfields of mid-America. No matter to God, for God picks the tool. The timing was perfect!

The Kodak [Brownie] imagery was on the scene, the Supreme Court justice had already made his concluding opinion: “These and many other matters which might be noticed, add a volume of unofficial declarations to the mass of organic utterances that this is a Christian nation”, and the man Billy Sunday was already making the circuits around the bases from the mid-western states to the far-western states, and then lastly, to the large cities of the east coast states of the United States.

With successive supernatural waves, which first began in America’s “corn belt” in Garner, Iowa [1896], sixty meetings followed over the next five years in Iowa, Minnesota, Illinois, Nebraska, and Missouri [1896-1901]. Then, westward, “the sawdust trail” continued to the states of Colorado [1905], Montana, Oregon, Washington.

Then, wheeling around, the Spirit of God opened the door to the eastern United States to Pennsylvania [Scranton, Pittsburg, and Philadelphia], to Massachusetts [Boston], and to Washington, D.C. [1915]. The high point in this wave was reached in 1917 with the New York City meetings with the people hitting “the sawdust trail”.

The news media from coast to coast published in veritable excitement Billy Sunday’s messages in their newspapers. In community after community, the talk of the town was “the Gospel of Jesus” and the need to “get saved”. Never, never, has this ever occurred before, or since, in the United States of America. Hundreds of thousands of Americans were born of the Spirit, and millions upon millions were greatly affected with the fear of God to the moral good and health of this nation.

The last of the Rear Guard preachers was now “pourtrayed” in the media [newspapers] in the final march which was powered by the imagery of the Holy Ghost.

GOD sent this last REAR GUARD preacher to America … to try to turn America back to himself … before the different imagery of the night came, which imagery came from Hollywood, California, in the movies made with the Eastman Kodak rolling film.

We have this following time line provided to us:

• “1890, Fall - Billy is traded from the Pittsburgh Pirates to Philadelphia and signs a three-year contract.

• “1891, March 17 - The Philadelphia team releases Billy from his contract and he accepts a job with the Y.M.C.A. in Chicago.

• “1903, April 13 - Sunday is ordained to the gospel ministry by the Chicago presbytery.

• “1915, January - March - The largest Sunday campaign yet is held in Philadelphia with over two million people in attendance.

• “1917, April 8 - The twelve-week New York City campaign gets underway, nearly one hundred thousand people hit the sawdust trail before it is over.

• “1919, January 16 - Prohibition is approved as the eighteenth amendment to the Constitution.

• “1933, Dec. 5 - Prohibition is repealed by the twenty-first Amendment to the Constitution.

• 1952-60 - Dwight D. Eisenhower is President. The Welfare State emerges from the socialist idealisms.

• 1962-63 - John F. Kennedy is President. The U.S. Supreme Court divorces God from the United States [by removing prayer and the Bible from the public schools].

• 1963-75 - Under Presidents Lyndon B. Johnson and Richard M. Nixon the Vietnam War ensued and we lost the war.

• 1980-1988 - Ronald Reagan is President. These years brought a momentary pause to our descent as a nation.

• 1992 - 2000 - William Jefferson Clinton is President. These years put us into the steep slippery slide downward towards our national destruction.

• 2009 - present - Barak Hussein Obama is President, and we turn from Israel and we are economically bankrupt and militarily emaciated.

Next  1. The Spirit of Jealousy