He then knelt, and poured out a fervent prayer for themselves and for the country, imploring God, in accents choked with tears, if it was compatible with His holy will, that the storm might yet be calmed, and war be averted. He thus departed; and this happy home he never saw again.

His Fervent Prayer For The Nation 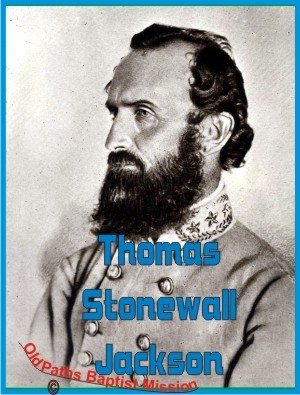 Having given his wife some directions touching his own preparations for the journey, he immediately hurried to the Institute, and busied himself in the arrangements for his pupils' departure. One of these was to call upon his pastor, and request him to attend at twelve o'clock A. M., to give them some Christian counsels and a parting prayer. At eleven o'clock A. M., ho returned to his house, took a hurried breakfast, and retired with his wife to their chamber, where he read the 5th chapter of 2nd Corinthians, commencing with the sublime and consoling words:

“For we know, that if our earthly house of this taber­nacle be dissolved, we have a building of God, an house not made with hands, eternal in the heavens." He then knelt, and poured out a fervent prayer for themselves and for the country, imploring God, in accents choked with tears, if it was compatible with His holy will, that the storm might yet be calmed, and war be averted. He thus departed; and this happy home he never saw again.

Although he left his affairs thus unsettled, he never asked nor received one day of furlough. From that time, he never lodged one night outside the lines of his command. His next return to Lexington was as a corpse, bedewed by a nation's tears. After a few days, his family removed, by his advice, to the house of a-friend, his furniture was packed, his dwelling­ house closed, and his servants placed out for the war.

In politics, Jackson was always a Democrat. This term, in Virginia, always had reference more to the principles of Federal polity, the assertion of the sovereignty and reserved rights of the States, and the strict limitation of those of the Central Government, with the advocacy of a simple and unambitious exercise of its delegated powers, which were inculcated by Mr. Jefferson, than to a government for the individual States, strictly popular, and founded on universal suffrage. To the latter, the most of the Virginian statesmen of the States' Rights school were no friends; and the State-constitution of South Carolina, the most thoroughly democratic of all the States as to Federal politics, is the farthest removed from literal democracy. But it is probable that Jackson would have accepted the name of a Democrat in more of its literality than the statesmen we have described.

In Federal politics he was certainly a strict constructionist of the straitest sect. He voted with his party uniformly. To political discussions, in conversation, he was not given; and, while exceedingly exact in maintaining candor, he would usually content himself, when assailed by a political opponent, with a firm and polite declaration that he could not concur in his opinions, relapsing then into a silence from which no pertinacity could tempt him. With one or two intimates he conversed on public measures freely and with animation. And they always found his thoughts original and profound. He read little of the political journals; had there been no other reason for his disregard of them, his conscientious belief that it was his duty to employ his feeble eyesight in more important things, would have prevented him. His political opinions were, there­fore, very far from being the echo of other men's. He approached each subject from his own point of view, and this was usually found to be as conclusive as it was original.

Jackson' understanding of Separation of Church And State

To Colonel Preston he wrote thus: -

"I greatly desire to see peace, ~ blessed peace. And I am persuaded, that if God's people throughout our Confederacy will earnestly and perseveringly unite in imploring His interposition for peace, we may expect it. Let our Government acknowledge the God of the Bible as its God, and we may expect soon to be a happy and independent people. It appears to me that extremes are to be avoided; and it also appears to me that the old United States occupied an extreme position in the means it took to prevent the union of Church and State. We call ourselves a Christian people; and it seems to me that our Government may be of the same character, without connecting itself with an established Church. It does appear to me that as our President, our Congress, and our people have thanked God for victories, and prayed to Him for additional ones, and He has answered such prayers, and gives us a Government, it is gross ingratitude not to acknowledge Him in the gift. Let the framework of our Government show that we are not ungrateful to Him."