All About The Family

"And the LORD God caused a deep sleep to fall upon Adam, and he slept: and he took one of his ribs, and closed up the flesh instead thereof; And the rib, which the LORD God had taken from man, made he a woman, and brought her unto the man."

The Doctrine of Marriage

The Preface:A Help In Understanding Marriage 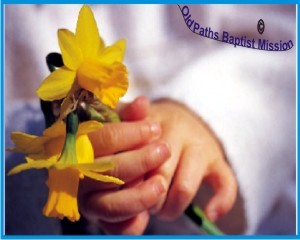 God would not allow the evening of the sixth day in the creation week to end until He "squared off" with His declaration of Genesis 2:18.

In God's infinite wisdom and intention by a wondrous design, Adam needed to experience loneliness before receiving his help meet.

It was to this end and for this reason so that God would have this declared of him. "And the LORD God said, It is not good that the man should be alone; I will make him an help meet for him" (Genesis 2:18).

It is the Lord God who "knoweth our frame" and our makeup (Psalm 103:14). He knew Adam's soul and spirit intimately, because Adam's soul came from Him. Adam was made in God's image! The Scripture reveals that the "candle of the Lord" was in Adam. "The spirit of man is the candle of the Lord, searching all the inward parts of the belly" (Proverbs 20:27).

Adam would have to be made to feel his loneliness.

This in two ways!

First: Adam would have to see God's design in the order of the creation by observing the distinctiveness of both "the male" and "the female" in the naming of the creatures before him. Adam pondered much in his heart and was filled with great wonder. "Wow! I am ALONE, I have no counterpart."

Second: It was Adam who received the life vocation of dressing and keeping the garden (not his help meet). "And the LORD God took the man, and put him into the garden of Eden to dress it and to keep it" (Genesis 2:15).

Now Adam was in the right place, with a right heart (before God) doing the right thing (working), all of which was before the fall of man and sin coming into the world. Yet all was not good! "And the LORD God said, It is not good that the man should be alone."

When Adam found himself thus, he came to the thoughtful conclusion, "Oh! Who can go along with me and who can share the reward of my labor?" When Adam came to this, God said, "I will make him an help meet for him."

Now begins the most miraculous surgical operation ever performed on the face of this planet. And who performs it? "It is he that sitteth upon the circle of the earth," (Isaiah 40:22) the omnipotent God who, with deft precision, takes one of Adam's ribs and makes out of that rib a WOMAN.

"And the LORD God caused a deep sleep to fall upon Adam, and he slept: and he took one of his ribs, and closed up the flesh instead thereof; And the rib, which the LORD God had taken from man, made he a woman, and brought her unto the man."

Now Adam wakes up from his deep sleep and coming to, he sees that his fondest dream had come true. The sight of that woman had put a song into his heart! "And Adam said, This is now bone of my bones, and flesh of my flesh: she shall be called Woman, because she was taken out of Man" (Genesis 2:23).

In the next verse, we will see the most basic underlying truth of what a marriage really is. "Therefore shall a man leave his father and his mother, and shall cleave unto his wife: and they shall be one flesh" (Genesis 2:24).

The Doctrine Of Marriage


Its Genesis 2:21-24 that gives the root or vital definition of what the essence of marriage is: "they shall be one flesh."

Therefore, marriage is first, primarily, a fleshly matter. But, if we give ear to tradition, (i.e.) especially Roman Catholicism, we would picture a marriage occurring with the ceremony, where the exchange of vows takes place, before a congregation, in conjunction with a writing (license), issued by the governmental institution (Romans 13). If we were honest most of the religious crowd would consider this the marriage.

The Pattern For Marriage Down Through The Ages


The ideal Biblical pattern for marriage is set in Genesis chapters 1 and 2 … one man - one woman for life.

The departure from the Biblical ideal was the practice of having multiple wives (Abraham, Jacob, and others). God provided legislation (by the giving of the Law) to Israel, governing multiple wives; i.e., marriage privileges, responsibilities are delineated, including the regulation of divorce and re-marriage. Read Exodus chapter 21 concerning multiple wives. In I Samuel 1-2, Elkanah had two wives, Hannah and Peninnah.

Please note the following in vs. 3: He "went up out of his city yearly to worship and sacrifice unto the Lord of Hosts in Shiloh".

In verses 19 see "worshipped" before the Lord.  See also, verse 21, verse 23. Elkanah said "only the Lord establish his word." I must stress Elkanah was a God fearing Israelite with two wives. Even with the obvious problems (jealousies) of having more than one wife, Elkanah was not out of God’s revealed will in that time, as shown by the judgments and the precepts of God.

God gives the New Testament order: National Israel set aside, and the institution of the Church established with the Jew and the Gentile in one body, which re-sets Genesis 1-2 for marriage, one man, one woman for life as ideal.

Only in "the resurrection" does marriage as an institution cease. In Matthew 22:24-30 the Scripture clearly teaches this pattern ... one man - one woman for life ... ends with this life. For in the resurrection marriage will be non-extant.

[Matthew 22:29] "Jesus answered and said unto them, Ye do err, not knowing the scriptures, nor the power of God."

[Matthew 22:30] "For in the resurrection they neither marry, nor are given in marriage, but are as the angels of God in heaven."


[Ephesians 5:22] Wives, submit yourselves unto your own husbands, as unto the Lord.

[Ephesians 5:24] Therefore as the church is subject unto Christ, so let the wives be to their own husbands in every thing.

[Ephesians 5:25] Husbands, love your wives, even as Christ also loved the church, and gave himself for it;

[Ephesians 5:26] That he might sanctify and cleanse it with the washing of water by the word,

[Ephesians 5:27] That he might present it to himself a glorious church, not having spot, or wrinkle, or any such thing; but that it should be holy and without blemish.

[Ephesians 5:28] So ought men to love their wives as their own bodies. He that loveth his wife loveth himself.

[Ephesians 5:29] For no man ever yet hated his own flesh; but nourisheth and cherisheth it, even as the Lord the church:

[Ephesians 5:30] For we are members of his body, of his flesh, and of his bones.

[Ephesians 5:31] For this cause shall a man leave his father and mother, and shall be joined unto his wife, and they two shall be one flesh.

[Ephesians 5:32] This is a great mystery: but I speak concerning Christ and the church.

[Ephesians 5:33] Nevertheless let every one of you in particular so love his wife even as himself; and the wife see that she reverence her husband.

Next: The Teen Pied Piper